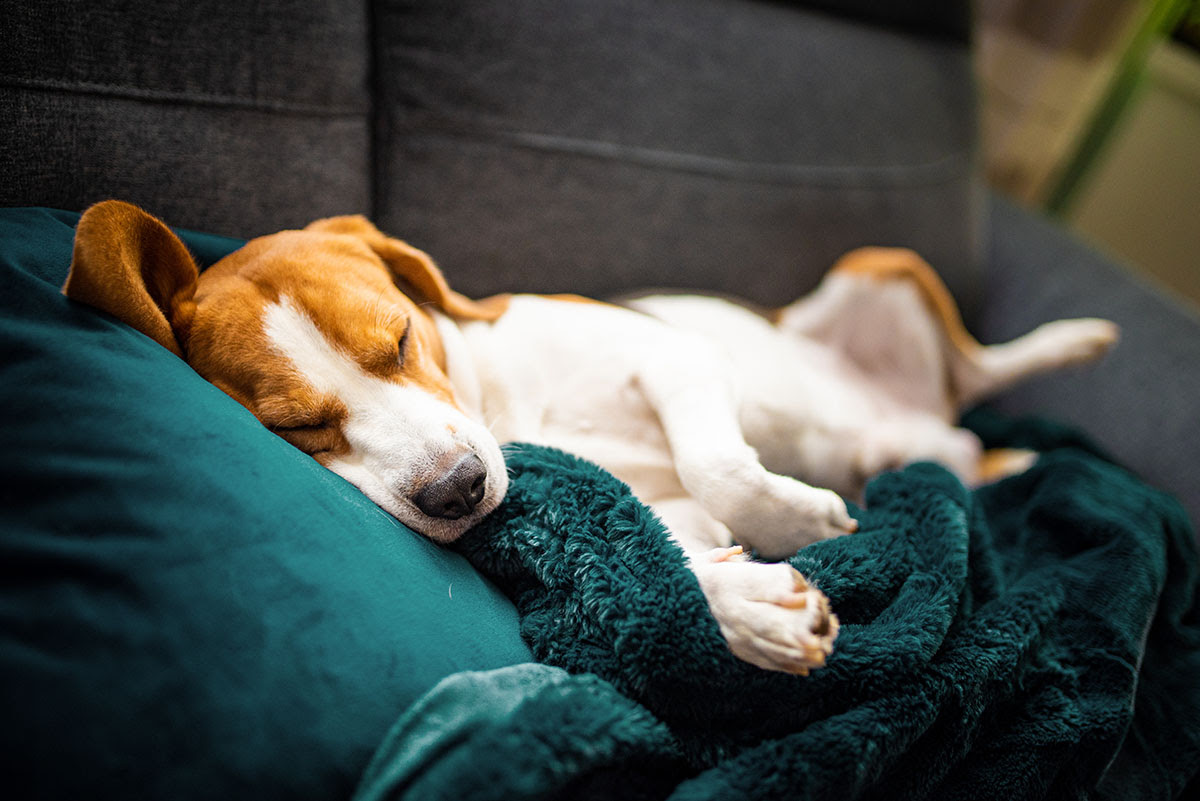 Dreams are still somewhat of a mystery. What can we learn from animal cognition?

One of our adorable learners, Bunny, was recently captured in a fun video that explored the possibilities of canine dreams. In the video, a sleeping Bunny kicks and growls softly. When Bunny wakes, her human Alexis Devine asks “When sleep, what talk?” Bunny thinks about that...then presses “stranger animal.” Maybe it was just a coincidence, but Bunny has dozens of words, and the two she picked remarkably coincide with activity that involves running and growling…

Was Bunny dreaming of a “stranger animal”?

What we currently know

When people describe their dog dreaming, they’re often describing situations like this video. Here, another dog appears to be having such an intense dream that they actually start running, only to be quickly stopped by a nearby wall.

Of course, it’s hard to make heads or tails of human dreaming, let alone the dreaming of other creatures. As humans, we’re able to report our dreams due to our recall ability. However, the science behind what exactly dreams are remains elusive; some researchers think that at least in the case of us humans, dreams are important in our processing of emotions and memories.

But if animals dream, what might they dream about?

Evidence from sleep studies have revealed that almost all mammals and birds (from dogs and cats to platypuses and owls) enter the rapid-eye-movement (REM) phase of sleep with heightened brain electrical activity, just like us.

As for what they might dream about, a groundbreaking study by researchers at MIT suggested that rats dream about their “day” or “tasks” during slow-wave and REM sleep (sleep cycle stages characterized by different types of brain waves). The study, co-authored by Matthew A. Wilson, associate professor at MIT, found that rats’ memories of their daily maze-following were reactivated during REM. Mice exhibited nearly identical brain activity during REM sleep as when completing a maze while awake.

So what about our canine friends?

Our understanding of canine dreaming isn’t certain, but we do know dogs experience both REM and slow-wave sleep. In humans, these stages are associated with dreaming—so while dogs might have the capacity to dream, we’ve yet to discover if they actually do. In the meantime, we can enjoy videos like Bunny’s “sleep talk” and hope they don’t get nightmares! Sleep well, puppers!

Enjoyed the read? Join us for more discussions like this at How.TheyCanTalk.